That's Mister Chief to you

I decided to come up with a poster for Halo 4 after seeing one of my favourite artists, Olly Moss, tweet that he wished he could've designed a poster for the game's release, but had to decline as he simply didn't have the time. This was sad news indeed as I can only begin to imagine the awesomeness that would transpire from a Halo and Olly Moss project. It did however give me the idea to have a go at one myself, seeing as my art schedule isn't quite as busy as his (just a guess).

I wanted to keep the poster pretty simple since I only had a day to do it (I'll be away from home for the next week, and with the game being released on Tuesday, I wanted it ready and online beforehand).

To keep clutter to a minimum, the only text on the poster would be a tagline and release date. Characters in videogames don't get much more iconic then Master Chief, which is why I didn't feel the need to plaster 'HALO 4' anywhere on it. It's also a sign of how successful a character or franchise is: if something is so recognisable you don't even need the name or any information to go with it, you've definitely hit gold.

Image one is how the poster looked at the end of day One. I worked on it some more the next day and produced the second image, where I tried to get MC looking a bit more like his Halo 4 counterpart (his armour has had quite the upgrade in the design department).  Not sure which one I prefered, so uploaded both. 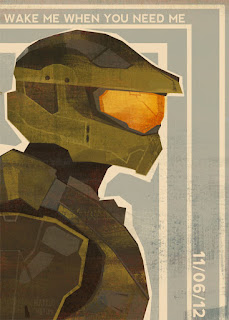 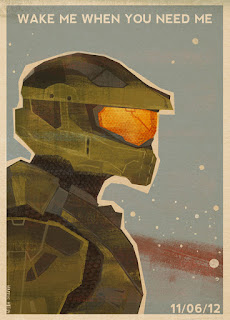 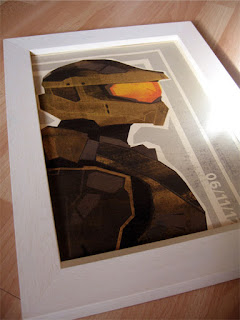