Not my gumdrop buttons!

I became an uncle earlier this year and wanted to create something for my twin nieces nursery. It wasn't the strictest brief I've ever worked to, I think whatever looked good would have sufficed (I wasn't expecting my new born nieces to be my harshest art critics) but their mom Erin suggested a theme of favourite nursery tales which helped me zero in on an idea.
One of the first and only tales which sprung to mind (my memory is quite foggy about that period in my life, its going back a few years now) was the gingerbread man. I decided that two pictures, canvas mounted, would look better then one, and could position the gingerbread man on his own, with some of the animals which chased the poor guy on a second picture. With this being the result! 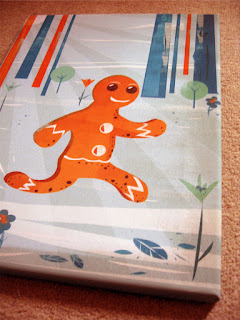 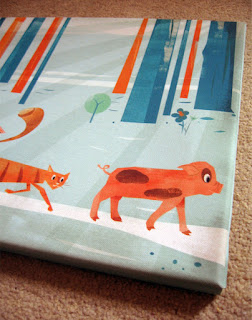 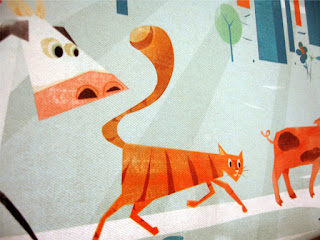 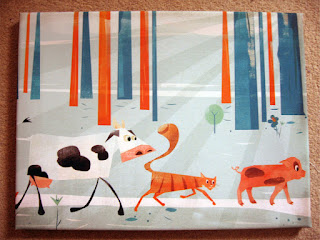 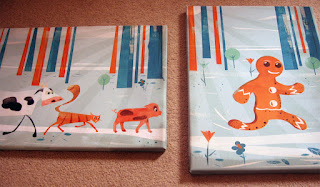 Posted by Markus Motum at 13:59 No comments: 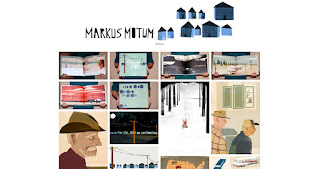 I'm  using my Tumblr page to act as a portfolio until my inevitable .com website goes up. It has the same work you can find on this blog, albeit in a format which allows more immediate access to images, and features far less waffling, so its win win.